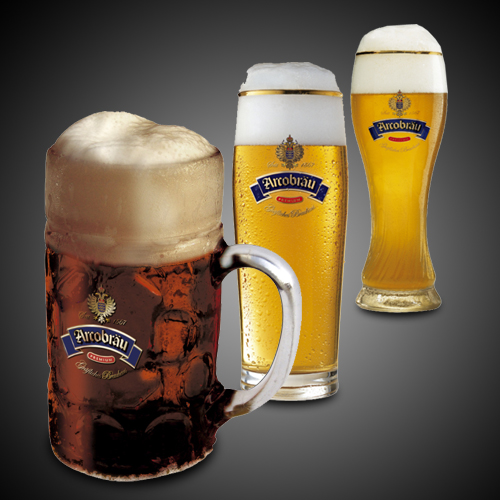 San Miguel Brewery Hong Kong Ltd. announces partnership with German brewer Arcobräu to distribute Arcobräu Urfass, Arcobräu Weissbier Hell, Arcobräu Schloss Dunkel in Hong Kong and Macau. Arcobräu is a family-owned brewery in Bavaria, Germany producing a variety of beers for almost 500 years. It is known for its venerable brewing tradition using only the highest quality barley and wheat malt, the best hops and its own strain of yeast.

Originally developed in the 19th Century, Arcobräu Urfass is a molten gold-colored lager beer with a fragrant flavor and particularly rounded bitterness.

A standout among wheat beers, made with the finest wheat malt and own yeast, with a batch propagated especially for every brew and used only once.

Appeals for its unique and subtle flavors from the fine cellar as well as its fruity, sparkling, aromatic and mild taste.

A dark lager , called the archetypal Bavarian beer as it was brewed in the good old days.

Very fine, malty aroma and full-flavored beer with a caramel colored foam. Has the taste of roasted malt, dark velvety sweetness undercut with the bitterness of hops.