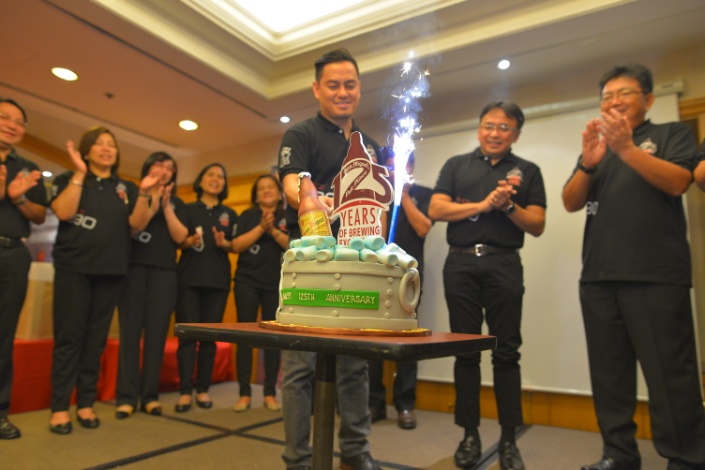 The international arm of San Miguel Brewery joins in the celebration of San Miguel’s 125th Anniversary, participated in by subsidiaries in Hong Kong, North China, South China, Taiwan, Thailand, Vietnam and headquarters in the Philippines.

Featured through an audio-visual presentation, SMBIL looked back into San Miguel’s 125-year journey beginning from the establishment of its first brewery in Manila to its first venture out of its home market until its presence today in over 40 countries worldwide. This milestone was commemorated across SMBIL units, gathering all of its employees to applaud to San Miguel’s rich heritage and success stories as well as toast to its future. Capping off the celebration was the time capsule ceremony, where employees stored a selection of memorabilia depicting the times, their work or everyday life in San Miguel. The time capsule will be unveiled in 2040 during San Miguel’s 150th Anniversary.